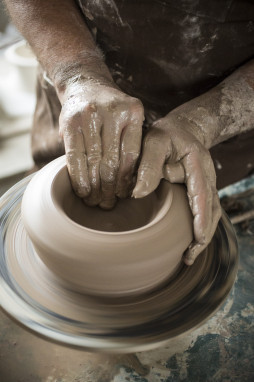 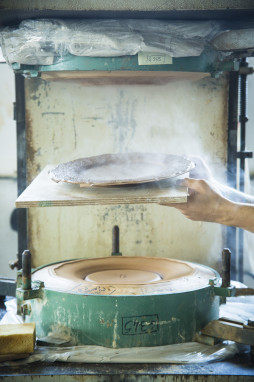 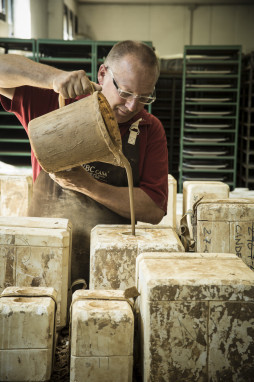 The realization of an object can take place in 3 different ways according to the shape and the workings of the object itself:
LATHE: It is the most fascinating method for the production of a ceramic object. The turner, through the rotating lathe and, above all, thanks to the skillful use of his hands, manages to "pull up" from a piece of clay any hollow shape, like vases and bowls, even of imposing size.

PRESS: Through the plaster molds (male and female) mounted on a press, the clay in semi-solid state is pressed assuming the shape of the object impressed in the mold. It is particularly suitable for the production of plates, trays and bowls.

CASTING: With this method are mainly produced objects that have undercuts, for example jugs or products composed of several parts, which will then be assembled, such as chandeliers or figures. The mixture in the liquid state is poured into gypsum molds composed of several pieces, and will begin to solidify first near the mold (the plaster in fact absorbs the water contained in the mixture). Once the desired thickness has been obtained, the mold is emptied from the excess mixture and then opened by extracting the raw piece so molded. 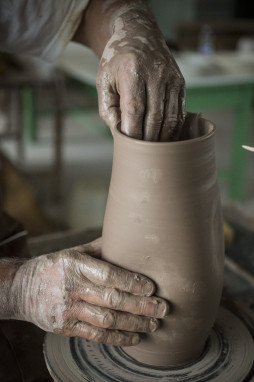 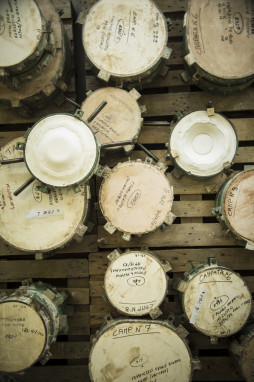 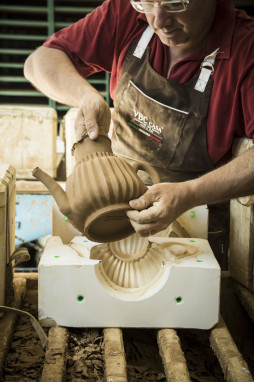